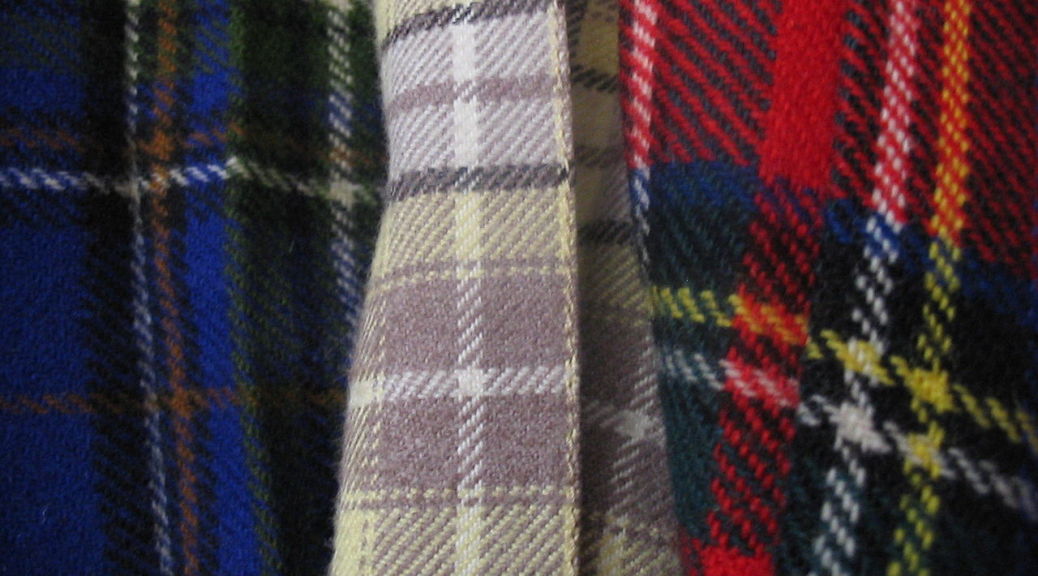 Tartan fabrics are popular choices in both the world of fashion and that of interior design. The strong colours, heritage values and bold patterns all have their appeal and if you are Scottish or are decorating a Scottish home then tartan will probably be in the forefront of your mind. We all know what tartan is and that it is most associated with Scotland but how long have these designs been with us and were they a Scottish innovation?

There is evidence to suggest that Tartan could be found in Scotland as early as the third century AD but these designs which have become synonymous with the country could actually be found across Europe much earlier than that. Tartan patterns were appearing on the continent as long ago as 1000 BC and so it is very interesting that the designs would rise to such prominence in Scotland and not so much elsewhere.

Today our tartans have names and are associated with particular regions, clans, regiments and organisations. Tradition dictates that you wear or use a tartan with which you have some association. However, this wasn’t always the case and the naming of tartans is actually a relatively recent practice.

The ties to specific regions began because originally tartans were hand woven cloths produced and distributed locally. In a world with few means of communication, one area would not be familiar with the patterns produced in another and would not, perhaps, appreciate the distinctive nature of the locally woven designs. By the seventeenth century tartan had become very popular and was now characteristic of highland dress. So much so, indeed, that following the Battle of Culloden in 1746, the British Government banned the wearing of tartan in the highlands in a bid to control the rebellious Scots.

A century later the commercial production of tartan fabrics had begun and this necessitated some degree of standardisation in patterns and colours. Each design had to be identifiable and so they were given names. These names were often those of clans or regiments but not because the patterns were actually associated with them. This was simply a means of cataloguing the tartans.

By the nineteenth century it was becoming a commonly held belief that certain tartans were associated with particular clans and regiments even though many of the people concerned either didn’t have a designated tartan or at least didn’t know what theirs was supposed to be. This situation changed when King George IV visited Scotland in 1822. In honour of the visit the clan chiefs were asked to wear their tartans and so those who didn’t have one were forced to hastily adopt a design. The idea of the clan or regimental tartan was now cemented.

There are many wonderful tartans to incorporate into your decorative scheme to add colour, texture and pattern to your look. Equally at home in traditional or contemporary interiors, tartan is the perfect choice for accent pieces, soft furnishings and accessories and you don’t have to be Scottish or in Scotland to achieve a look that really works for you.  Looking at the history of tartan there isn’t any reason why you shouldn’t choose a particular tartan to feature either as the clan associations were rather tenuous after all.