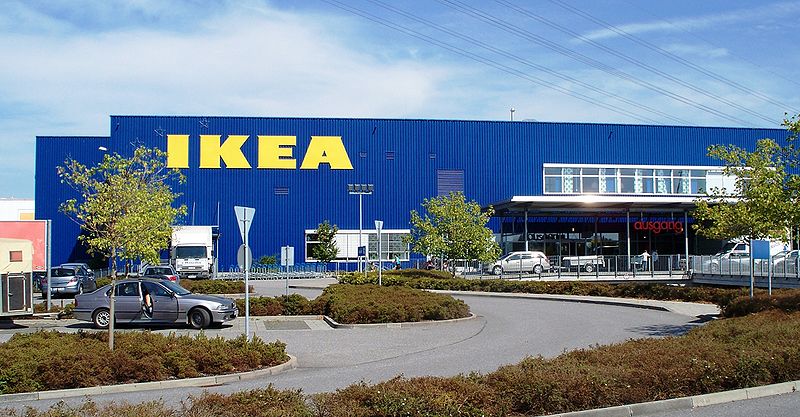 I can still remember the first time I stepped into one of Ikea’s enormous stores and it was a bit of a culture shock! Having been brought up in a somewhat chintzy and dated home the simplicity and functionality of the Ikea offering seemed stark, uninviting and characterless. However, that visit obviously planted a few seeds in my mind because it wasn’t long before I started seriously considering the merits of the Scandinavian style.

It was actually the clever way the store was laid out that left the biggest impression. I admired the way the layout ensured that you had to walk past absolutely everything to reach the exit. It was like following the yellow brick road! I also saw the sense in the clever room mock-ups which perfectly illustrated how different furnishings could be used together. None of this removed the fact that most of the furniture and accessories were of less than superlative quality and I have always hated flat packs but I could see what a boon Ikea could be to those on a tight budget.

I may not have fallen in love with Ikea furniture, far from it, but the whole episode got me seriously thinking about contemporary interiors. I was starting to realise that the clean lines and simple designs of the Scandinavian style had much to recommend them. Interiors could be uncluttered, timeless and highly functional, great qualities in the space challenged properties of Britain. I began to realise that less could certainly be more when it came to revamping my rooms and that you could work with the Scandinavian style without having to set foot in Ikea.

Once Ikea had started to alter the British consciousness the flood gates were opened and all things Scandinavian began to poor in. We were loving everything from kids clothing to cupboards if it came from that region of the world and we couldn’t have been disappointed because modern interiors have continued to evolve very much along Scandinavian lines. Many of the features that we most crave in our homes have their roots firmly in northern Europe and it turns out that if you want to add value to your property then the Scandinavian look is a good way to do it.

Improving the Value of Your home

That doesn’t mean that you have to beat a path to Ikea. In fact if your want to add value to your home then Ikea might well be a good place to avoid! There are other, higher quality options which are worth pursuing, however. I am a particular fan of Lene Bjerre furniture which offers a great deal of class and elegance as well as the clean lines and functionality you would expect. Solid wood floors are a great investment and much sought after by house buyers and a great contemporary kitchen with granite worktops will have buyers stampeding to your door.

Ikea may have become a bit of byword for cheap and cheerful but the truth is that this company really started something in Britain. Ikea was a major contributory factor in our change of taste and the influence of the Swedish giant continues to impact on our interior design schemes.